At the Power Shift ’09 workshop I attended called “Your Email Crisi-tunity: Building Your List, Organizing Fundraising & Connecting With Your Base,” Iain Keith of Avaaz.org and Jon Warnow of 350.org took down our email addresses to get back to us later with more information.

They created a Google Group called “powershift09 email workshop” and invited all the attendees. The opportunity this Google Group presents us with is amazing: now 15 or more of us are able to keep in touch, when we otherwise would have never had the chance.

In one thread, we are talking about free email tools. I started another thread for everyone to introduce themselves and their organizations. 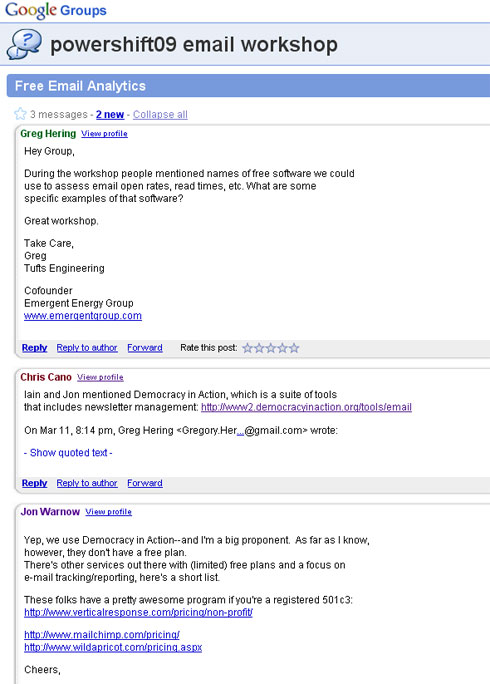 The group is new and I can’t be sure how active the members will be, but there’s no denying this is potentially a great tool for organizing people online, and you should use it if you’re in an organization.

We have a Google Group for Gators for a Sustainable Campus, which we use to send members messages; and the board members of Sustainable Alachua County use one for planning.

What I propose for the next Power Shift conference is that every workshop pass around a list gathering attendees’ emails, and then invite everyone to Google Groups to discuss how they are applying what they learned at the workshops.

Here’s a thought: Let’s say Power Shift creates a Google Group for each workshop way in advance of the conference. Then, they list all the groups on a page of the Power Shift site, and send an email to potential attendees telling them to go join the Google Groups for the workshops they are interested in.

Now imagine everyone starts talking about the workshop topics and what they would like to learn at the workshops months before they even take place. This will make for some lively workshops, and now a forum will be in place for planning further actions and seeking help from like-minded people and organizations.

This could also be accomplished if each workshop had a forum on the Power Shift site, but I think the Google Groups is a better idea. A mailing list like the Google Group is better than a forum, in my opinion, because everyone reads their email, while not everyone will frequent a forum.

If the Energy Action Coalition does not implement this themselves, Google Groups for Power Shift workshops could be just as easily set up by anyone who is willing to organize them.

Anyone can set up a Google Group for free here: http://groups.google.com

My Experience at the Power Shift ’09 Climate Conference

I was just looking at some photos from Power Shift 2009 and recalling the incredible energy that was in D.C. last weekend.

12,000 young people went to Washington to organize around and demand legislative action on the climate issue — which Iain Keith from Avaaz.org called a “crisi-tunity” in his workshop on email campaigning.

“Crisi-tunity,” a supposedly-Chinese word coined by Homer Simpson, refers to both crisis and opportunity. That is what we face today. We could talk all day about doomsday scenarios, but there is just as much reason to be excited about the visions we have for a sustainable future. 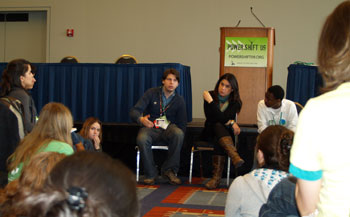 I participated in many New Media workshops, because my interest lies primarily in using the web to promote sustainability, and I wanted to hone my skills. I attended the following workshops: 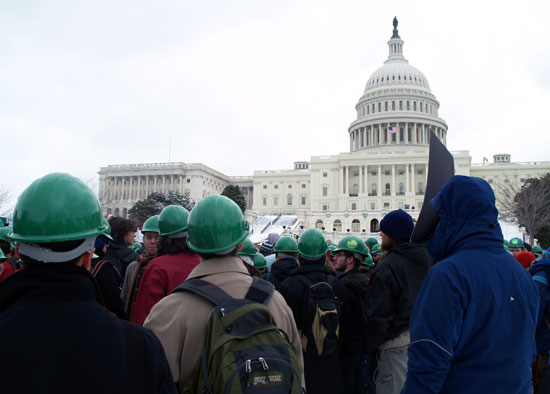 There were also a couple of breakout sessions, where we talked about issues specific to Florida; and a lobbying training workshop, where we prepared to lobby congress for clean energy. I joined my fellow Floridians to speak with an aide of Cliff Stearns, the House Representative in our district. The meeting was a powerful reminder of the principles this country was founded on. Mr. Stearns, we are your constituents. You work for us.

A rally was going on throughout the day on the Capitol lawn (which was covered in snow), and people everywhere wore green hard hats in support of green jobs. As we dispersed, the city was filled with us in our green hats, so the message of Power Shift was spread far and wide.

To me, a power shift entails not just a transition to cleaner sources of energy to power our country, but a shift in our governing process back to the way the founders intended. It is up to us to take the reigns from the special interests that currently power our country, and demand a future that serves we the people over them. So let’s get to work!

“A power shift does not merely transfer power, it transforms it.” – Alvin Toffler

Attracting Subscribers to Gators for a Sustainable Campus

It’s more rewarding to blog when you know people are actually reading, which is one reason why I made it a point to think of a way to get people to subscribe to the Gators for a Sustainable Campus (GSC) website.

What we did was send a message out to our 500+ member Facebook group asking people to subscribe by email and be entered into a drawing for prizes. In a matter of days, we went from 9 email subscribers to 120, and all we had to do was give away a t-shirt, a GSC reusable water bottle and a couple of cards redeemable for Krishna Lunch on UF campus.

If you are part of an organization and you want to get people to pay attention to your website, set up a Feedburner account and try running this type of contest. It’s fun.

By the way, I used The Hat to randomly select email addresses. It’s less wasteful (and less tedious) than using paper.

SAC: A Social Network for Sustainability

Update (July 2011): I worked on the SAC website as part of an internship in 2009. I have since moved on from the project and the site is no longer live. 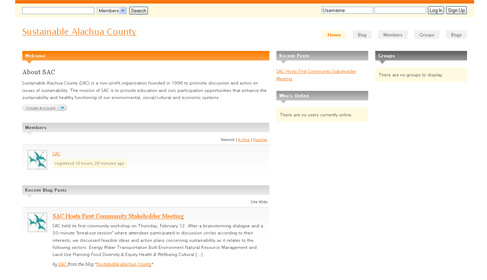 The website for Sustainable Alachua County (SAC) is evolving. Today I set up a community foundation for the site using BuddyPress, an open source social networking platform based around WordPress Mu. The website is starting to become what I want it to be.

Although the current design is nothing impressive — and a logo for SAC is still in the works — the functionality is in place, and the site has the potential to be something of a “Facebook for sustainability” in the Gainesville area.

Members can sign up, publish blog entries and make groups for their organizations, where people can discuss topics in forums and post items just like a Facebook group — the system even allows private messaging among members, and people can network and “become friends.” There’s also a central blog in place for SAC matters.

In the coming weeks I’ll be improving the design and tailoring the network more to fit the purposes of SAC.

Ekendra Dasa from Gainesville writes an insightful story about the pleasures of riding a bicycle. 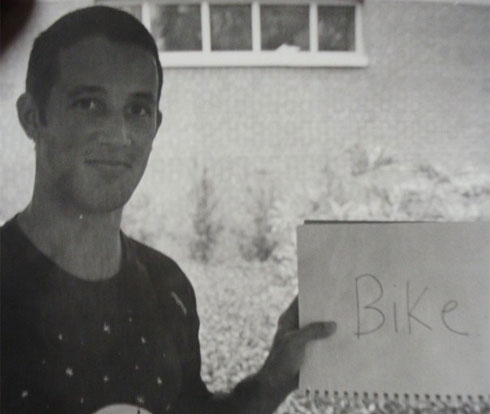 Update (Feb 2010): Watch a video tour of the new Sustainable Alachua County social network below. I created the video for the 2010 SAC stakeholder meeting. Although it was never played at the meeting due to technical difficulties, it served as a video tutorial for website users.

I’ve got a simple website up now for Sustainable Alachua County (SAC). We recently had an inspiring stakeholder meeting to discuss how SAC can be a virtual & physical hub for sustainability in Gainesville. My focus is primarily on the virtual part. 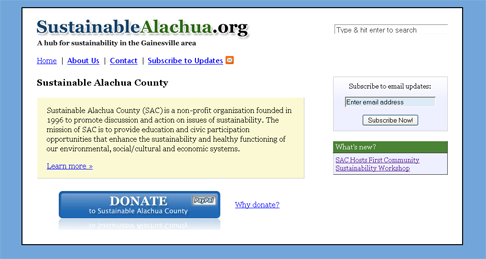 The site right now is not much more than a few static pages with a simple blog and a donation page, but the goal is to turn it into a community-driven resource where people and organizations can interact, network and collaborate with each other over the web.

Over 120 people representing different organizations came to SAC’s first meeting, so we already have a lot of people who are likely to be interested in using the website.

I’m using WordPress as a content management system for the blog and other pages, and I’m working now on building a forum using bbPress.

Update (July 2011): I worked on the Sustainable Alachua County (SAC) website as part of a UF internship in 2009. I have since moved on from the project and the site is no longer live. In hindsight, the idea to build a social network for sustainability in Alachua County was exciting, but overly ambitious considering no web budget and the amount of time and expertise needed to sustain it.